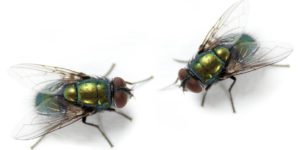 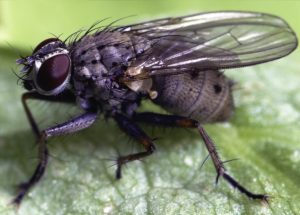 The housefly is a fly of the suborder Cyclorrhapha. It is believed to have evolved in the Cenozoic Era, possibly in the Middle East, and has spread all over the world as a commensal of humans. It is the most common fly species found in houses.

House flies are general feeders, which means they will eat everything from food to animal and human fecal matter. Because of their sponging mouths, they only feed on liquids, which means they must liquefy food through regurgitation. They are attracted to a variety of substances such as Overripe fruit and vegetables.

What housefly feed on?

What is the housefly life cycle?

The house fly develops in four stages: egg, larva, pupal, and adult. Adult females lay eggs singly but in small piles in a nutrient-rich, moist location. They can lay as many as 500 eggs over a three to four-day period, and several flies will deposit eggs nearby.

How did I get house flies? 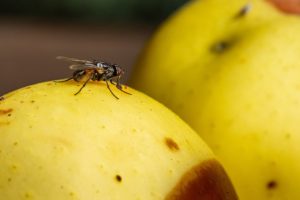 House flies are one of the most common insects on the planet. They breed and feed in filth, including garbage, feces, and rotting or spoiled food. Poor sanitation and ripped screens and unsealed cracks in windows and doors can lead to house fly infestations.

Why does a housefly sit on wounds?

Why are flies important to the world?

The benefit from flies comes from the parasitic species. They attack caterpillars, grasshoppers, and other insects that eat our food plants. Some flies also help pollinate plants that we grow. Flies are also an important food source for other animals we value, like fish.

Why housefly rub their hands? 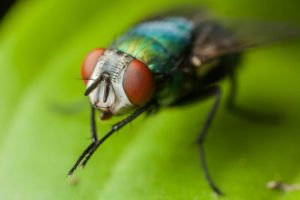 Flies rub their limbs together to clean themselves, this may seem illogical given their appetite for dirt and dirt, but this cleaning behavior is one of their primary activities, as they get rid of physical and chemical, and anything that can affect their sensors, and the sensors of flies are important.

Why does housefly be fast?

Scientists say they found that halteres — dumbbell-shaped evolutionary remnants of wings — are why houseflies can takeoff quickly from any surface.

Why do houseflies sit on humans?

The fact of the matter is that houseflies are scavengers and land on us because, well, they like us: The human body, like some of their favorite food sources — feces, food, and rotting flesh — radiates a sense of warmth and nourishment.

Why is a housefly following me?

Houseflies LOVE the scent of food, garbage, feces, and other smelly things like your pet’s food bowl. They’re also attracted to your body if you have a layer of natural oils and salt or dead skin cells built up.

Why housefly rub their legs?

In the world of flies, tiny particles, like pollen grains, dust – which is mostly bits of dead skin, bits of dead insects, etc, can become stuck to the fly’s body, and especially the feet, when the fly is walking around. Flies, by rubbing their legs together can clean off these tiny particles.

Where do houseflies lay eggs?

Homeowners typically find house fly eggs in moist, decaying organic material like trash, grass clippings, or feces. Elongated and pale in color, they appear in clusters and hatch quickly after being laid by the female fly.

Where can flies be found?

The house fly, Musca domestica Linnaeus, is a well-known cosmopolitan pest of both farm and home. This species is always found in association with humans or the activities of humans. It is the most common species found on hog and poultry farms, horse stables, and ranches.

Where do house flies live?

House flies can be found both indoors and outdoors during the warm months of the year. House flies are considered a type of filth fly because they are generally attracted to areas where decaying organic matter, dead animals, or animal feces are present.

Where do house flies go at night?

When night falls, most flies take refuge. They find a place to land and rest till the sun rises again. Sites to rest include, under leaves or grass, on branches, tree trunks, walls, curtains, corners, flat surfaces, bath stalls, and so on.

A housefly will likely die on its own from stress. The interior of a home can be disorienting and stressful to a housefly, says Dave. If you’ve ever seen a fly bouncing on a window trying to escape, that’s what will eventually cause its death.

How do get rid of houseflies immediately?

A mixture of vinegar and dish soap can help you trap flies. To use this method, mix about an inch of apple cider vinegar and a few drops of dish soap in a tall glass. Cover the glass with plastic wrap. Secure the plastic wrap with a rubber band and poke small holes in the top.

We are offering the best pest control services to get rid of Houseflies from your remote locations.

About the Author: admin

We provide wide range of services including Termite (Deemak) Control, Pest Control, Waterproofing and Heat Proofing. We have reputed position in market because of up to date infrastructure and skilled staff. Our wide clientage speaks of our reliability and expertise.